You are browsing archives for

At a time when environmental and health issues are in the news everyday, it is becoming obvious that eating and drinking healthier will benefit us as well as the planet. Natural wines are a booming industry-with new environmentally conscious winemakers cropping up and natural wine fairs attracting thousands of interested consumers. In this class, we’ll rediscover wine in its true nature-made in an eco-friendly and healthy way.

Natural wines are awesome: nature-friendly with no chemical-farming processes, they’re made using indigenous yeasts, with nothing added or removed (except occasionally a small quantity of sulfites at bottling).

Natural wines are better for the environment and your health. On top of that, you rediscover wine whose taste truly represents where it is from.

This video is an introduction to natural wines, with a tasting of the amazing @chepikawine (2019) “pet nat” rosé, created by @nkendallwine and @pascalinelepeltier and made 100% with the indigenous #Catawba grape variety in the Finger Lakes region in NY.

Where do grape varieties — and the wines — we know of today come from? What saved European vineyards from almost extinction in the nineteen century? Why are we talking about 6000 to 8000  grape varieties but sometimes this number rises from 14000 to 20000? Sit down, relax, and explore the fascinating world of the botany of wine. Cheers!

When, where and how did wine happen? In this video we’re traveling through space (Georgia—the country) and time (around 6000-9000 years ago) to discover how the grapevine was domesticated and the winemaking process created.

Wine Botany is an holistic approach to wine, talking about the plant, its environment and human interventions before you can taste the wine in your glass. It is a great opportunity to talk about environment and health, as well as the wonderful traditions and culture of the places wine is from. Cheers !

(*) thanks to stonecropwines.com for the cover picture!

The World of Eco-Friendly Wines

At a time when environmental and health issues are in the news everyday, it is becoming obvious that eating and drinking healthier will benefit us as well as the planet.

Terroir: The Ecology of Wine 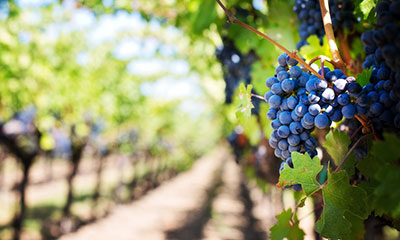 Welcome to the new Wine Botany classes at The New York Botanical Garden!

Wine is a fascinating drink made from all around the world with specificities from every place it is produced. Each class will consist of presenting the various environmental and human factors impacting all aspects of wine growing and wine making.

During each session we will compare (and taste of course!) two grape varieties and four wines coming from various part of the world to illustrate those concepts, at the beautiful newly opened NYBG Edible Academy. A great way to approach wine through a holistic view, to travel the world and to learn more about the botany of wine, its grape varieties and share winegrowers life in the vineyard. Cheers!

From NYBG: “Wine carries the flavor of the land where its grapes are grown— something the French call terroir. Regions where the same grape varieties grow differ in terms of climate and soil composition. This is partly why Chardonnay wines made in California will taste drastically different from those made in France, even though they are sourced from the same grape variety. Discuss terroir with botanist and oenophile Tremeur Arbor, while sipping samples on the deck of the newly opened New York Botanical Garden Edible Academy overlooking the Thain Family Forest and the Bronx River. Tremeur will pour different wines at each session and demonstrate the basics of wine tasting. No wine experience necessary! 21+”

Trémeur Arbor grew up in France, where he studied music, biology, and wine. Since moving to New York in 1998, he has worked in the food and wine industry, studied botany and herbalism, and graduated from the NYBG Botany certificate program. More recently, Trémeur created Wine Botany, which invites people to explore wine-from the plant and its terroir to its role in culture and lifestyle, and how the body reacts to its components. Through its comprehensive and holistic approach, Wine Botany cares for the planet, as well as for people’s health and wellness. 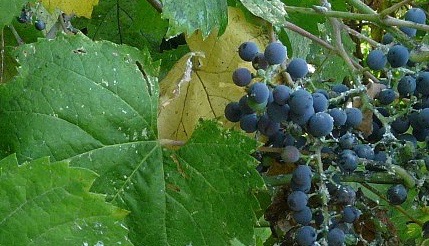 We believe in more knowledge. There’s a lot of misinformation out there that both oversimplifies and overcomplicates wine. We believe that everyone can enjoy wine­—but it’s worth spending the time to learn about its complexities and how it’s made in order to gain a richer appreciation.

We are advocates for better wine drinking. When you take the step to learn more about wine, you open yourself up to more and better options. You can pinpoint your personal tastes, and choose higher-quality products that are better for your health and the environment.

We care for the planet and the people. The best wines come from a strong partnership between nature and people: a prosperous terroir + knowledgeable winemakers who respect the natural growing process. This is why we promote wines that care for the earth and its inhabitants.

We embrace a holistic approach to wine. We want to examine all aspects of wine—from grape cultivation and the winemaking process to environmental impact and the body’s reaction—and study how the different factors are interconnected and affect each other.

We strive for a better quality of life. Ultimately, we do what we do in order to improve our day-to-day lives. We want to share how truly good wine—as well as related topics of food, culture, and travel—can enrich our lives in small and big ways.

Looking forward to the new @chepikawine vintage by

Enjoying a lot this fun and informative new little

Natural wines are awesome: Nature-friendly with no

Couldn’t help putting a broccolini stem in a gla

Turn you iPhone into a microscope with just a hand

Earth Day is happening not only today, but every d

Wine Botany is an holistic approach to wine, talki

The orchid show is back at The New York Botanical

Great theme in the S subway for the new #netflix #

Tickets for the 2019 NYC #NaturalWines fair #RAWWINE are now on sale! A great opportunity to taste hundreds of amazing natural wines! Check out http://bit.ly/RawWine